I ran the the very first D&D Adventurers League module DDEX1-1 Defiance in Phlan on Fantasy Grounds last night. I got the module FREE through Wizards Stay at Home. Play at Home. campaign going on right now. I has a hard time drumming up some players for this one but got off with the minimum requirement. As a story goes it was pretty good. It had a real obvious mechanic to introduce player’s characters to the AL faction system.

The module itself came pre-made from Dungeons Master Guild for Fantasy Grounds but boy was it rough. It took me awhile to realize the creater had set token lock to all the maps. After that we had a HUGE problem with the targeting system. As a DM I could target players through the Combat Tracker but my rolls still had to be dragged and dropped out of chat for the effects to take place. If I plan on running DDEX1-1 again I will probably create a new module from scratch. 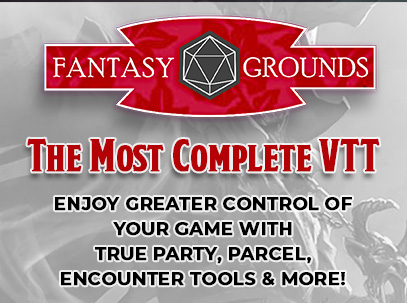